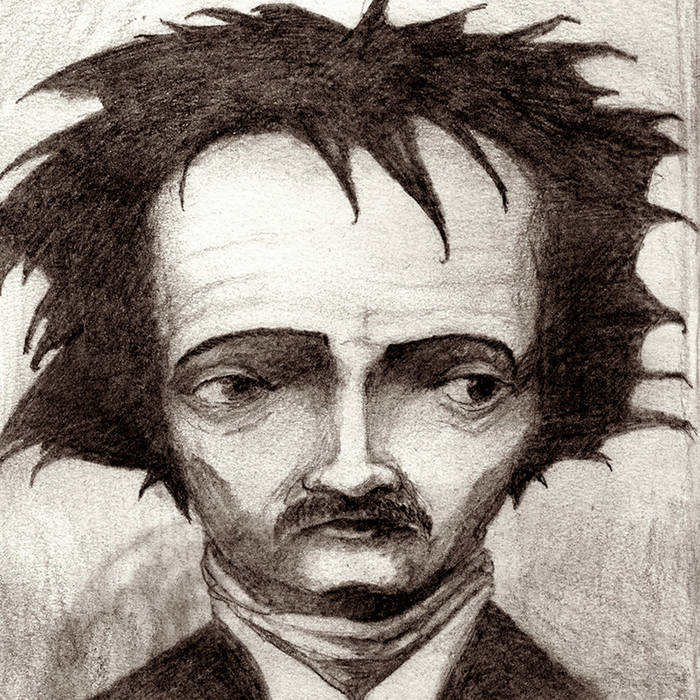 This is a phrase that, in the years we’ve been performing as Valentine Wolfe, have gotten us into no end of trouble. But more often than not, fun trouble.

Which was our mindset when we opened the old Logic files from 2012-2013 (Annabel Lee was the first song written for Once Upon A Midnight), and started trying to figure out how we were going to accept the challenge set before us., namely, take our version of Annabel Lee from a short 3-4 minute song and turn it into an epic, 9-10 minute song.

The first thing we had to do, then, was to figure out where the song could be expanded, and if the expansion would support the material already written.

The second thing was to determine how much of the old material would need to be re-recorded.

Some backing vocals and some texture sounding bass parts survived, but the lead vocals, distorted double bass parts, bass solos, and introduction were all completely re-done, along with the synth bass and drum programming (we kept the double kicks at the end).

The main expansion point chosen, as you’ll hear, occurs right after Edgar Allan Poe expresses his feelings of rejection from Virginia “Let me have under her own hand a letter bidding me goodbye”.

We linked what happens next with material that was hinted at in the new introduction.

All said and done, Sarah set the entire poem of Annabel Lee, which now forms a mammoth middle section of the new version of the song. Sarah’s melodies are clearly in the home key of f-minor, but are very open ended harmonically-this makes the whole section feel rather unsettled, with the reprise of the original material coming back as an epic arrival point-the musical version of a dreamer awakening from a deep sleep.

There’s also a pretty nice new bass solo/bass duet with the vocals in there, too.

Texture wise, we added more undistorted double bass as a background item (it’s a detail-listen close and you’ll hear it), and combined it with a King Crimson inspired soundscape (with some distortion).

We’re not sure if we’ll ever play it live; the only thing we are sure of is that it would be very difficult to play live (there’s some trickier than they sound time shifts in the middle section; Sarah set Edgar’s words with maximum fidelity and no small amount of virtuosic skill).

However, when it was all said and done, we’d written a song over 12 minutes long, making it the longest Valentine Wolfe song yet written. And it was amazingly epic and gratifying to do. We hope you enjoy this as much as we did making it for you.

It was many and many a year ago,
In a kingdom by the sea,
That a maiden there lived whom you may know
By the name of Annabel Lee;

"Let me have under her own hand
A letter bidding me goodbye
I may die, My heart will break
But I will say no more."

It was many and many a year ago,
In a kingdom by the sea,
That a maiden there lived whom you may know
By the name of Annabel Lee;
And this maiden she lived with no other thought
Than to love and be loved by me.

The angels, not half so happy in Heaven,
Went envying her and me—
Yes!—that was the reason (as all men know,
In this kingdom by the sea)
That the wind came out of the cloud by night,
Chilling and killing my Annabel Lee.

But our love it was stronger by far than the love
Of those who were older than we—
Of many far wiser than we—
And neither the angels in Heaven above
Nor the demons down under the sea
Can ever dissever my soul from the soul
Of the beautiful Annabel Lee;

Bandcamp Daily  your guide to the world of Bandcamp